Back to all case studies
Education
Our long history of creating exciting educational games that leverage our experience in the entertainment field.
Featured Education Case Studies
All Case Studies 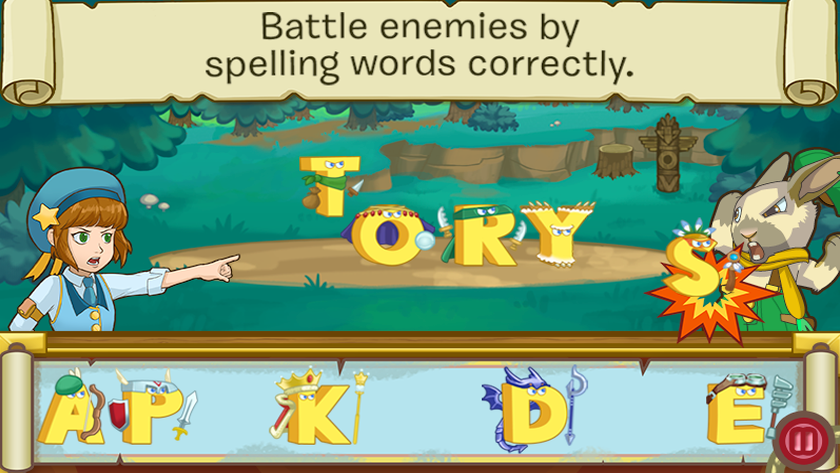 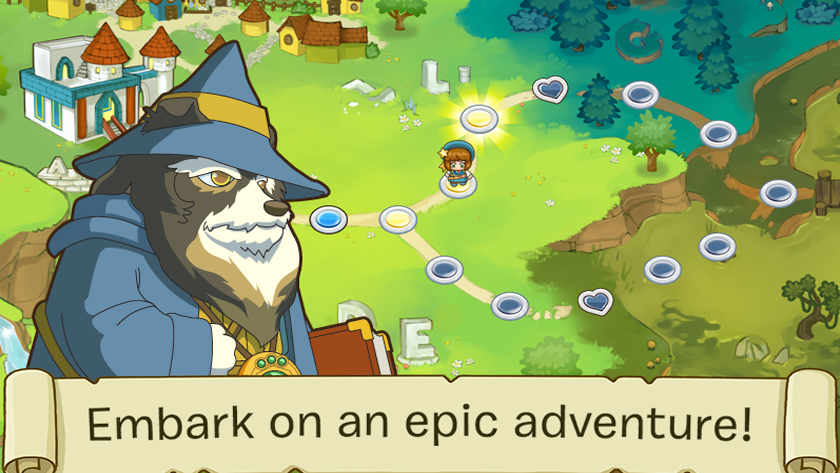 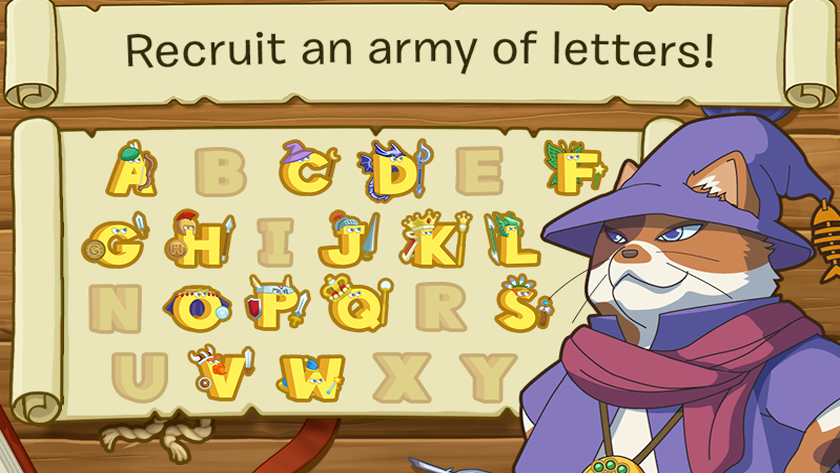 As our first entirely self published and self produced title, Letter Battle marked a new milestone for 1st Playable. In addition to creating our own brand new IP, this project served as an exercise in managing our own marketing, promotion and release on Apple and Google’s app stores.

Our goal was to create an exciting game that would help kids practice their spelling. The result was a JRPG themed adventure story that allows players to recruit their own letter army and uses spelling as the main battle mechanic. While many educational games rely heavily on established teaching methods, we wanted to make something that more elegantly integrated the act of spelling into the gameplay loop. Instead of spelling because the game told them to, kids were spelling because doing so made them more powerful and allowed them to progress through an interesting fantasy world.

The word lists available in the game are built around fun/ educational topics like animals or US states, in addition to basic Dolch, Fry and sight words teachers use in early grade English classes. One main feature is the ability to create and record your own spelling lists from scratch to tailor the experience to your skill level or input specific words you’d like to study.

Through extensive kid testing we’ve found players getting hooked on the gameplay loop of fighting battles, acquiring letters & items and progressing through the story- like they would with any other fun RPG adventure game. The only difference is the side effect of practicing their weekly spelling list.